The Finding Felix Project
Berlin, Germany
The Finding Felix Project is a work for screen and publication from Katy Kavanaugh, a curator and filmmaker (katykavanaugh.weebly.com). A fellowship from Stanford University and The Freie Universität- Berlin allowed her to return to the Berlin Film Festival's 35 year-old Generation (formerly Kinderfilmfest) to collect evidence of the directive impact that international films seen in childhood can have toward shaping the breadth of a person's view of the world and the decisions they make. This investigation focuses on one eleven year-old film festival-goer whom Kavanaugh met while serving on the Kinderfilmfest's international jury in 2001. Ten years later, Kavanaugh wants to know how a childhood full of international films influenced Felix's life so far. Meanwhile, with help from Media Consultant Tina Toepfel and Gintare Malinauskaite, PhD History at Humboldt Universität, Felix has been found and is now in post-production. To help meet its completion goal, please consider contributing via our fiscal sponsor, Cinefemme.net. https://cinefemme.net/projects/finding-felix/ 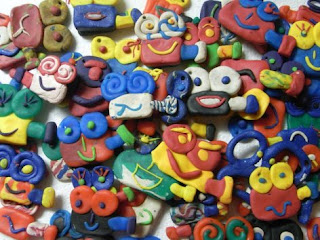 Concurrent with the last post highlighting Renate Zylla's view of strong European countries, I've learned that important film festivals, namely Amsterdam's Cinekid and The Olympia Festival in Greece are at dire risk of losing their national funding. Like Cinekid, The Olympia Festival is unique in its concept and extends the rich cultural experience of the international film program through other festival facets that provide a place for young people to meet, collaborate and see each other's audiovisual work through new technologies.

Olyfest's Camera Zizanio has collaborated to bring Screen 360’s annual Bay Area Progeny program as the sole American youth voice to Greece since 2003, initially as a measure against communication collapse resulting from the bitter news of the Iraq War.
Camera Zizanio annually hosts dozens of young film/videomakers and their short works for days of art and communication exchange.

With this worldwide economic crisis demanding budget slashing, we ask for the wisdom of public ministries to stay focused on the future, its nation’s developing citizens. Disabling these established links in the media industry that deliver unprecedented impact to its audiences, education systems and across borders, would be short sighted.

Olyfest hosted me in 2003 to launch Bay Area Progeny and then again in 2006 as a member of the international jury. From the warm hospitality of the robust Greek families I met there and the Olympia Festival production family, I gathered invaluable insights to family dynamics and raising children. Set in Pyrgos, capitol of Ilia Prefecture to the west of the Peloponnes mountain range and next door to ancient Olympia, Olyfest offers a particularly rich model for bringing international film to where it can make the strongest impact--in places far away from major metropolitan areas. Director Dimitris Spyrou's model inspired Screen 360's work in Vale, Oregon in the high desert of rural Eastern Oregon.

As we’ve learned through our FINDING FELIX research, cinematic memories - especially those affixed with discussion in the film festival model - live long and continue to contribute to the lives built upon them. For those living in rural areas or far away from cities, those memories can potentially direct a life to venture out beyond or can simply enrich satisfied lives outside of the city.
Posted by The Finding Felix Project at 11:41 PM No comments:

Renate Zylla on Europe's leading countries in the treatment of films and media for young audiences: Denmark, Germany, Holland

Renate Zylla's name is the most known around the world in the realm of international film festivals for young audiences. After 25 years as a revered festival director, 18 spent steering the Berlin Film Festival's Kinderfilmfest, she continues to influence the field promoting valuable quality films as a European festival agent. In short, Renate Zylla is the person who knows the pulse of this branch of the film industry.

I asked her directly, "Which country is doing it best?" Denmark, Germany, and The Netherlands, she responded, each for support of production, education and promotion. Ms. Zylla points out Cinekid as an innovative and unique force in The Netherlands.

Concurrent with this post, I've learned that Cinekid, under the tireless visionary direction of Sannette Naeyé, is at risk of losing its national funding. With this worldwide economic crisis demanding budget slashing, we ask for the wisdom of public ministries to stay focused on the future, its nation’s developing citizens. Disabling such an established media industry link as Cinekid - an institution that delivers unprecedented impact to its audiences, education systems and across borders--would be short-sighted.


As we’ve learned through our FINDING FELIX research, cinematic memories - especially those affixed with discussion in the film festival model - live long and continue to contribute to the lives built upon them. We can see evidence of the this best in established children's film festivals, especially in the 25 year-old Cinekid.

Posted by The Finding Felix Project at 11:43 AM No comments: